“That Little Ol’ Band From Texas” has been at it for well over a half century, delivering rock, blues and boogie on the road and in the studio to millions of devoted fans. With iconography as distinctive as their sound, ZZ TOP is virtually synonymous with beards, hotrod cars, spinning guitars and that magic keychain, all of which transcend geography and language.

The elements that keep ZZ TOP fresh, enduring and above the transitory fray can be summed up in the three words of the band’s internal mantra: “Tone, Taste and Tenacity.” They have sold hundreds of millions of records over the course of their career, have been officially designated as Heroes of The State of Texas, inducted into the Rock and Roll Hall of Fame (by Keith Richards, no less) and have been referenced in countless cartoons and sitcoms. They are true rock icons and, against all odds, they’re really just doing what they’ve always done. 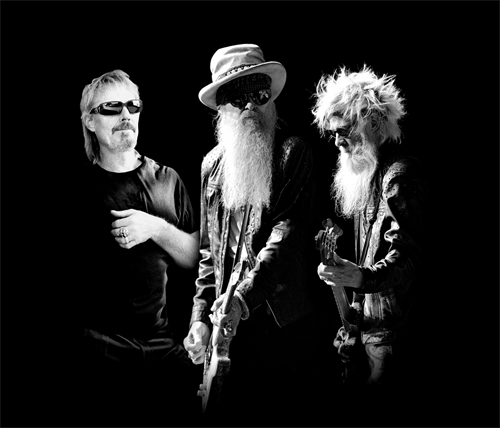