Mark Chesnutt is one of Country's true musical treasures. Critics have hailed him as a classic Country singer of the first order and some of Country music's most elite entertainers, from George Jones to George Strait, echo the sentiment.
Mark Chesnutt's stature is easily gauged. He has 14 No. 1 hits, 23 top ten singles, four platinum albums and five gold records to his credit; he maintains a front-and-center presence with a hefty tour schedule year after year.
Tracy Byrd became a household name on the Country Music Scene in 1993 when his third single, called "Holdin' Heaven", off of his MCA Records, self-titled debut album, hit #1 on the Billboard Country Charts. The Album also included the remake hit of Johnny Paycheck's "Someone to Give my Love to" cementing Byrd as a Traditional Country Troubadour!
There are many ways to describe Tracy Byrd, but unique, talented, and charismatic just seem to scratch the surface. However, there is one word that ties them all together and is true to their character: Tracy Byrd is Real. Few people sing so honestly from their heart and soul. Tracy Byrd does so in just the right way, combining art, story, and song in perfect unison. Take a look around the site, and explore what the gift of music truly is. 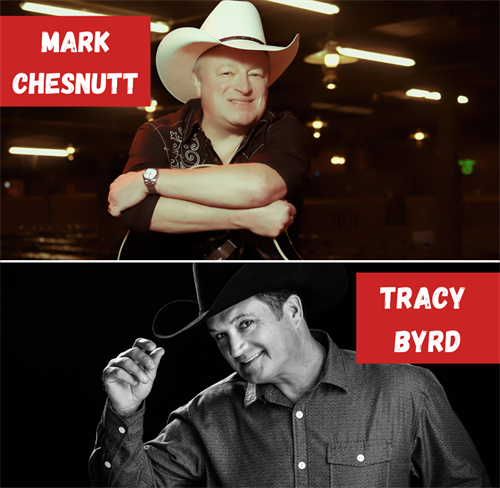