Corey Smith has amassed an unfailingly devout fan base, not only in his native Southeast region, but all around the nation, simply by telling it the way it is. He has released 10 albums—including 2011's Top 20 release “The Broken Record”. Corey has written every word on every album and has produced 9 out of 10 of the records. Smith's concerts regularly sell out, with audiences singing along to such fan favorites as the coming-of-age anthem “Twenty-One,” the nostalgic time warp “If I Could Do It Again” and the group hug “I Love Everyone”.
A native of Warner Robins, Georgia, singer/songwriter and Mercury Nashville recording artist Travis Denning has received over 398M million streams worldwide. Denning first made waves with the release of his Top 40 debut single “David Ashley Parker From Powder Springs." Denning's newest songwriting cut includes Michael Ray's Top 20 single “Her World Or Mine.” 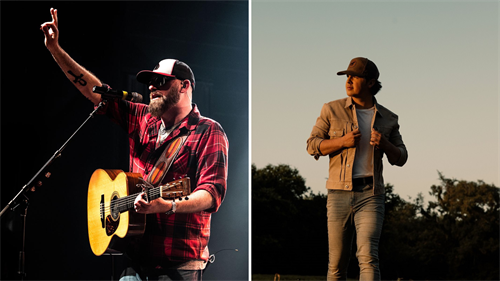